16 teams, 4 pitches, 247 participants, 315 goals scored, 2 days and countless fun - with these statistics we can describe the double success of Kosynierzy and Kosynierki.

The fifth edition of the International Lacrosse Tournament Silesia Cup helped Wrocław prove that (as the old Polish saying goes): "the Pole can do it." In both aspects: the organizational and the sport one, hosts can be satisfied with themselves. The tournament proceeded without complaint, more than two hundred guests left the Lower Silesia with a m ss of good memories, and – last but not least! - The Cup stays in the capital of the region.

On Saturday - the first day of competition - unfortunately the weather was quite bad. Despite that, audience appeared at the venue to to watch the athletes compete . Kosynierki started their first game (against Budapest Blackberries) from two goal lead - unfortunately later girls from Hungary showed their skills and the final score was 3:5 for Blackberries. Mens part of Wroclaw lacrosse pioneers defeated the Jaguars Rotterdam 6:3, without major problems. Similarly, in two successive battles , Kosynierzy smoothly beat Legion Katowice ( 9:0 ), and in the quarter-finals - RJTC Riga (8:1). In the struggle with weaker teams, among players of Polish Champions two youngest students of lacrosse art had the opportunity to make their debut – Karol Marański and Filip Gabryś (both aged 13 years old!). The first one had even an assist in his first game! During this match, Kosynierki had to recognize the superiority of mixed Anglo - Dutch team DreadLadies. Although the full commitment of Wrocław goalkeeper Agata Lubowiecka, the visitor team showed greater experience and won the game 1:3.

After struggling on the pitch, came the perfect time for additional attractions. Organizers provided guests with a unique entertainment - ride through Wroclaw by a rented tram. Among the dozens of tournaments in Europe, this form of integration is somehow extraordinary, unique and memorable! After sightseeing from the windows of the vehicle, the fun continued - of course in a responsible way, everyone should have been able to play in the morning.

On Sunday morning Kosynierki got the painful lesson from SLK Riga, as the end score was 2:10. Fortunately, in their next match girls highly beat befriended Korsarki of the Tri-City 7:3.

Boys started the competition on the second day of the semi-final against HeadHunterz Prievidza from Slovakia - one of the winners of the previous editions. Match with Polish southern neighbors was a real thriller, full of unexpected twists, physical plays and spectacular goals. It started with the Kosynierzy lead , followed by Headhunterz even heroic return to the game and equalizers. After the regular game time with 7:7 score, overtime was needed. In the extra-time hosts secured their way to the final, with two goals scored. In the final duel Kosynierzy faced the another Polish team – Grom Warszawa - who defeated the DreadLax in the the semi-finals 7:2.

Match determining the fate of the Cup was a kind of revenge that Kosynierzy took on Varsovians after an overtime loss in league confrontation. Finally, after five years of organizing the tournament
Silesia Cup trophy remained in Wroclaw! Final ended with the result 7:4 for Kosynierzy. In addition, in the final match halftime, the audience had a chance to take part in the competition, in which our partners vouchers were won. 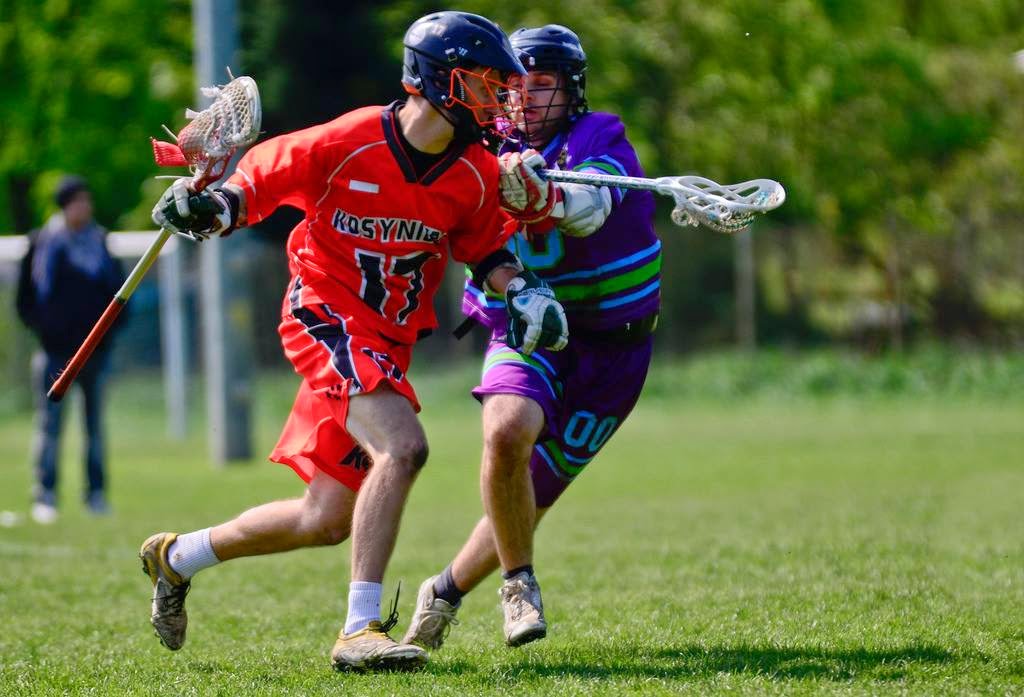 The hosts triumphed not only as a team. Several players received also individual awards (including best defender – Aleksander Podolak; most assists – Jan Rydzak; MVP - also Jan Rydzak, although Jan gave his prize to DanielWęgrzyk – his fellow defenceman). Among women the MVP Award was given to Małgorzata Kacperczyk.

Kajetan Statkiewicz, Chief Coordinator : "If I was able to sum up the whole event in three words, I would say - WE DID IT ! Finally, we have achieved success both in sport aspect, and in the perfect organization of the event. From year to year we are doing better and better in both areas. I hope that the sixth edition will prove to be even more interesting, and some round anniversary - for example,
tenth - will be an event at the European level. I know for sure that the participants were really pleased and will return to Wrocław again and again. Silesia Cup is both to promote lacrosse in Poland and Kosynierzy in Europe. But our primary goal will always be to give our guests as much fun as we can."

Attached photos were made by Jacek Magierowski.